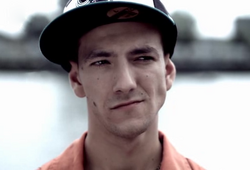 Gary was the sixth member of the original community service group. It is currently unknown why he was sentenced to do community service, but it is clear that he is very short tempered and aggressive; he is easily aggravated by Nathan and physically threatens him, and he kicks over a bucket of paint after accidentally smearing some on his hat. He was not caught up in the storm that grants the Misfits superpowers, as he remained indoors to clean his hat.

He was the first victim of Tony's rage, hacked to death with an axe in a toilet cubicle, and his body was later found by Curtis, stuffed into a locker. His body was buried by the Misfits, along with Tony's

Following his death Gary's mother is putting up notices asking him to come home and calling him "Gargar".

Retrieved from "https://e4-misfits.fandom.com/wiki/Gary?oldid=28202"
Community content is available under CC-BY-SA unless otherwise noted.