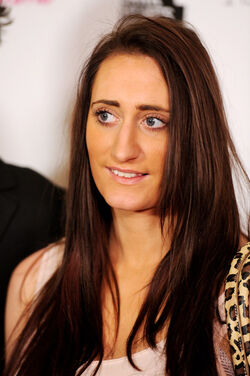 Socha was first recognised by agents and casting directors when she attended a local drama workshop, having been inspired by her older brother. This led to her being cast as the lead in the Arctic Monkeys' video for their 2006 single "When the Sun Goes Down" at the age of 15.

In 2009 Socha went on to star in Samantha Morton's directorial debut The Unloved in which she played a sixteen-year-old girl in a care home. She was nominated for a BAFTA for Best Supporting Actress for her role. A week later she auditioned for the role of Kelly Bailey in Misfits and got the part.

In 2010 Socha starred alongside Tim McInnerny in short film Missing. She also had a minor role in the television mini-series Five Daughters.

In May 2011 she won a BAFTA in the Best Supporting Actress category for her role of Kelly in Misfits. She later appeared in the short The Child, playing a version of Marilyn Monroe. She also took part in the BBC learning project "Off By Heart Shakespeare" where she played Juliet from Romeo and Juliet, performing the speech: "Blistered be thy tongue".

On 3 May 2012 it was announced that Socha would not be returning to Misfits for its fourth series.

Retrieved from "https://e4-misfits.fandom.com/wiki/Lauren_Socha?oldid=18527"
Community content is available under CC-BY-SA unless otherwise noted.