Using her power of Precognitive Crafting, the leader of the Power Support Group, Maggie, knits many jumpers that reveal significant events that will definitely happen in the future - albeit one depicts an alternate timeline, several others proved to be accurate. Maggie has knitted a number jumpers that are relevant to The Misfits Gang.

The first jumper was knitted for Rudy Two, which shows four individuals next to one of the buildings on the estate. Two of the figures on the jumper are wearing the orange jumpsuits of community service, suggesting other members of the gang will be involved with the scenario depicted. It was later revealed this depicts, rather symbolically, the formation of the Jumper Posse with Rudy Two, Helen, Karen and Sam.

The second jumper shows three people in orange jumpsuits laying seemingly dead in pools of their own blood; later revealed to be the Jumper Posse in an alternate timeline.

The third jumper was given to Rudy Two and has been revealed to show the beginning of Rudy Two and Helens' relationship.

The fourth jumper was given to Jess showing Jess holding a baby which she and Rudy believe is their future child. However it is later revealed to be Jess' child with Luke in an alternate timeline. 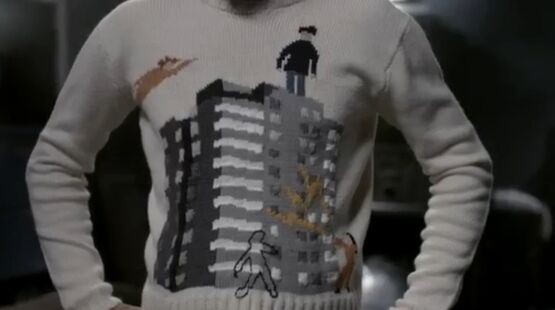 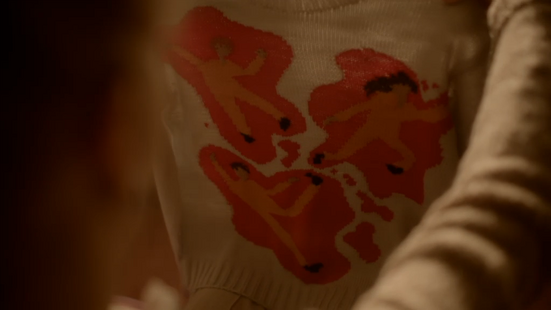 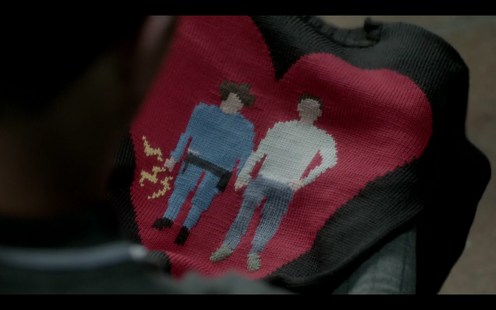 Another jumper knitted for Rudy two from Maggie. It displays Rudy two and Helen holding hands. 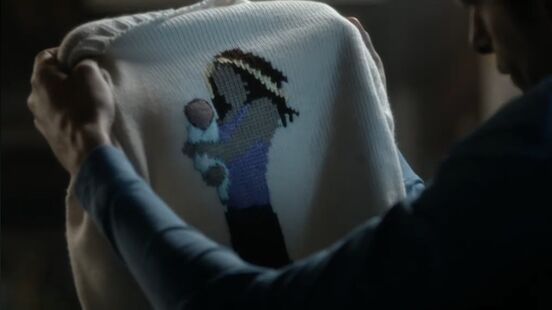 This jumper shows Jess holding a baby
Community content is available under CC-BY-SA unless otherwise noted.